Lionel Messi in tears as he confirms he’s leaving Barcelona

Messi in tears as he confirms he’s leaving Barcelona 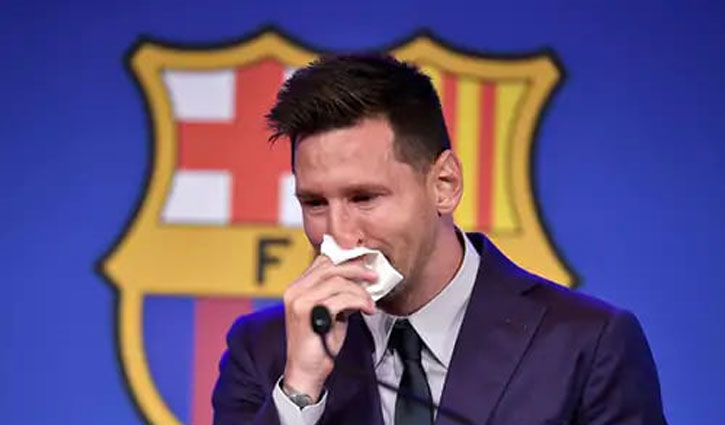 Lionel Messi was in tears as he bade farewell to FC Barcelona – but said he has not yet decided on his future.

“I’m so grateful for the love people have shown me these years,” he told a news conference.

The striker, who broke down as he received a standing ovation, said he tried to “behave with humility and respect, and I hope that’s the memory that will be left of me”.

Messi, 34, has spent his entire career at Barcelona, coming through the club’s academy before going on to score 672 goals in 778 appearances after making his senior debut in 2003.

The six-time Ballon d’Or winner has officially been a free agent since 1 July after he failed to agree terms over a renewal before his previous Barcelona contract expired on 30 June.

The club announced Messi was set to leave as a new contract couldn’t happen in line with financial fair play rules set by the Spanish league La Liga.

Messi has been linked to a move to PSG, but he said he had not made up his mind about his future.

Over 200 Taliban Terrorists Killed In US Airstrikes In Afghanistan

Over 200 Taliban Terrorists Killed In US Airstrikes In Afghanistan

Pension for all citizens: Finance Minister

Pension for all citizens: Finance Minister

No Result
View All Result